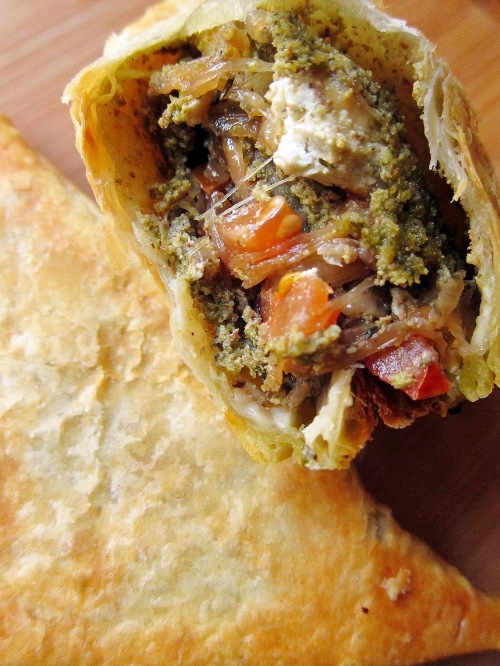 To be honest, I wasn’t sure what to call this.  If Awesome Puffs was a bit more descriptive, I would have said that.

I recently went to a party that served no food.  A birthday party.  Not even cake.  Just bottled water – and a shortage at that.  Booze would be a distant dream.  I was stupefied.  In all fairness, I do have a tendency to go overboard with the food.  Feeding people is my passion.

With that said, if you come to my house for anything, I will do everything in my power to feed you.  Whether I cook or order in, you will not leave without eating.  If this rouses images from Misery, I wouldn’t blame you.  I even gave my FedEx guy muffins!

Why you ask?  Could it be that my mom will absolutely take offense and give you the stink eye if you don’t eat at her house?  Or could it be that I myself would want to eat if I went to someone’s house?  Whatever the reason, we all benefit with food.  And these triangles. 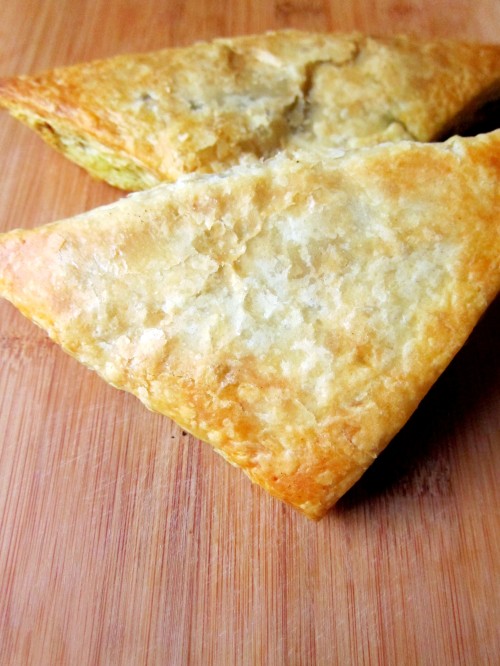 What started out as a random experiment turned out to be a family and guest favorite.  These pastries are easy to assemble and easy to store in the freezer for lunch, guests or a great filling snack. 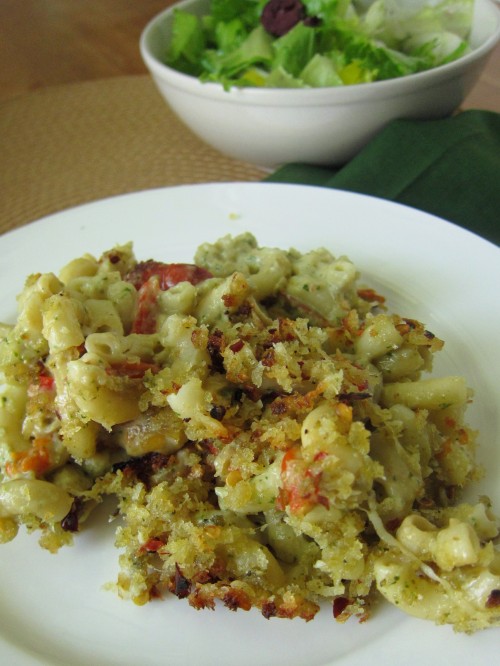 We all have our happy places, don’t we?  It’s slipping into your favorite pajamas and socks after a long day’s work and just planting it in front of the TV.  Or, the spot between my puppy’s neck and shoulder that seems to be the best place for a nuzzle.  Lately, watching my kid belly laugh while I ‘gobble up’ his feet.  And, a big bowl of macaroni and cheese. 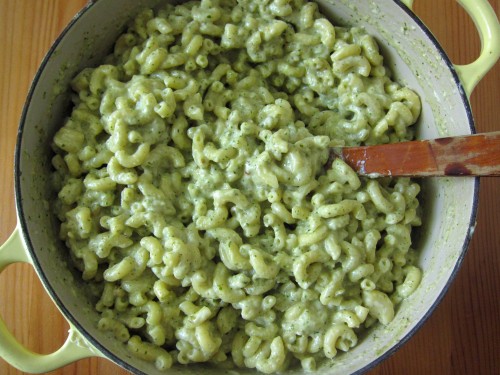 I’m quite picky about my macaroni and cheese.  So many people make it incorrectly, don’t you think?  Sometimes it’s too watery (the worst) or too dry (big no no).  The best mac and cheese has cheese – and, a lot of it.  Not just cheese sauce, but the cheese blend that coats each nook and cranny of a macaroni. 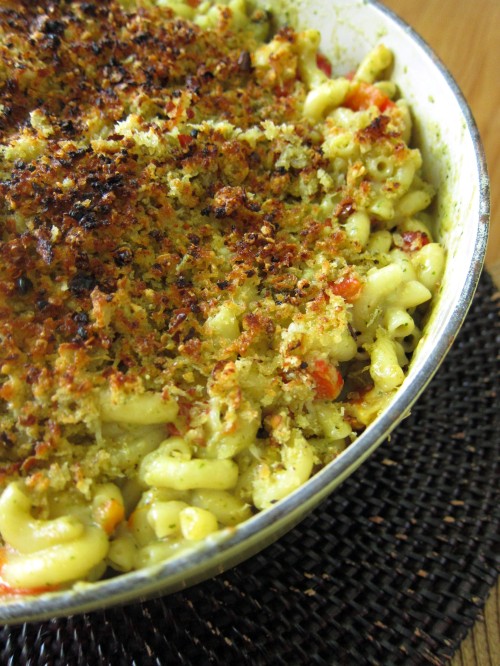 While I have only enjoyed the traditional macaroni and cheese, with my new pesto stash, I wanted to experiment and give one of my favorite dishes a different flavor profile without sacrificing the creamy-cheesy foundation of the dish.  And, while I wanted to stop at several steps ahead, proclaiming it’s perfect, keep going.  Adding the roasted red bell pepper and the crunchy buttery topping will only build upon the flavors.  But, for some reason if you didn’t have the ingredients or didn’t want to mix in the red peppers or the Panko crust, just know that it’s delicious on its own, as well. 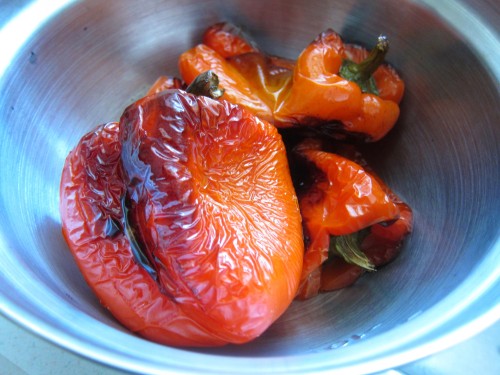 Filed under Pasta, Side Dish, Uncategorized