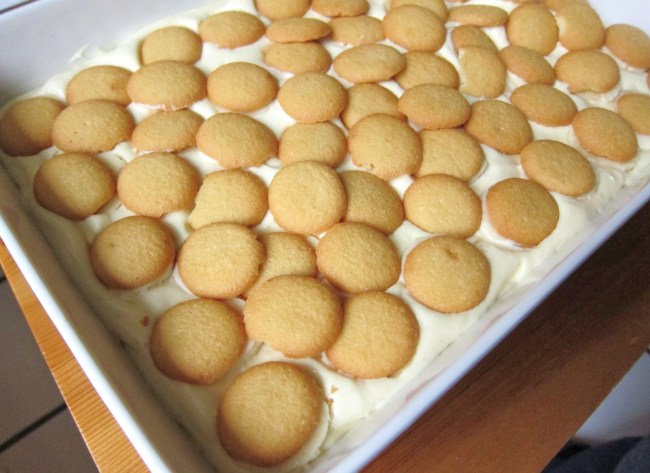 The title should really be – Best. Banana. Pudding. Ever. Ever. 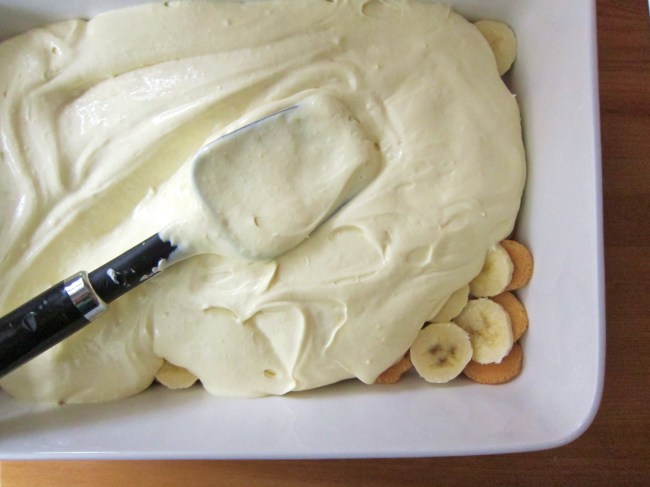 I totally agree the ingredients in this recipe may not be the most traditional, but oh good gravy it’s good.  The sweetened condensed milk adds the perfect amount of sweetness while the whipped cream keeps it light.  The vanilla wafers get cakey after sitting and these seemingly separate ingredients blend wonderfully.  Cohesion – it works.